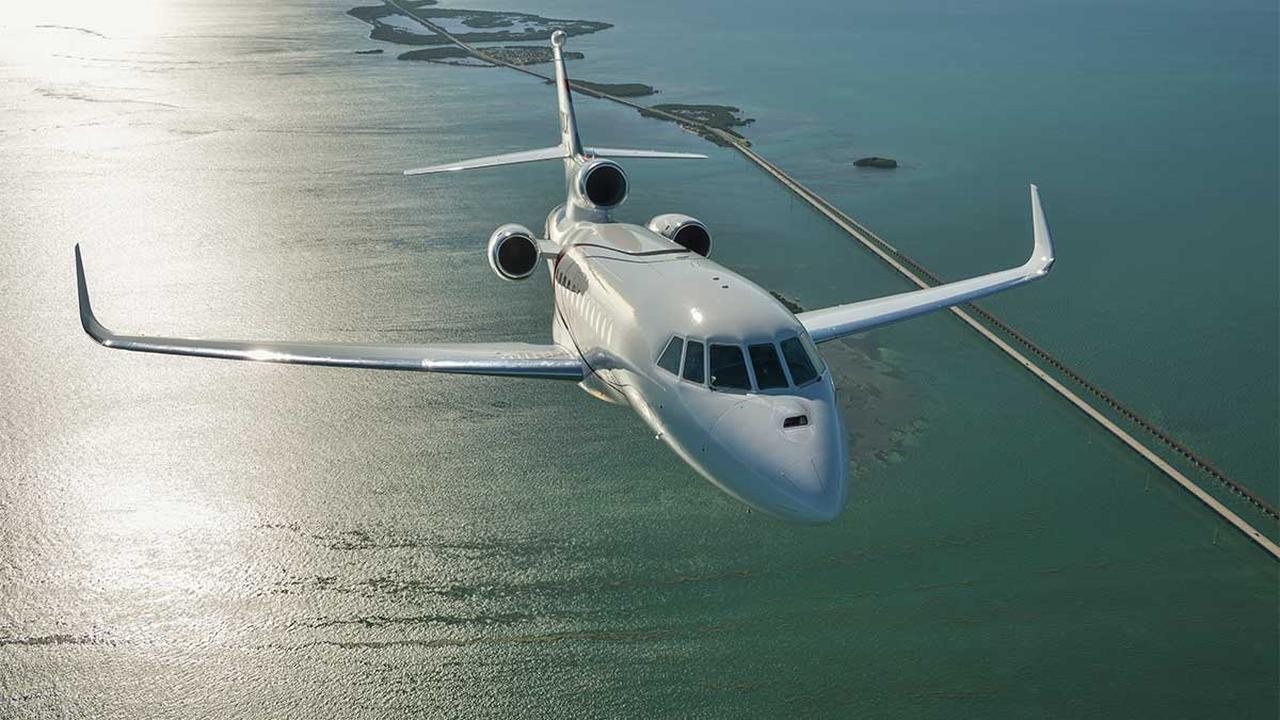 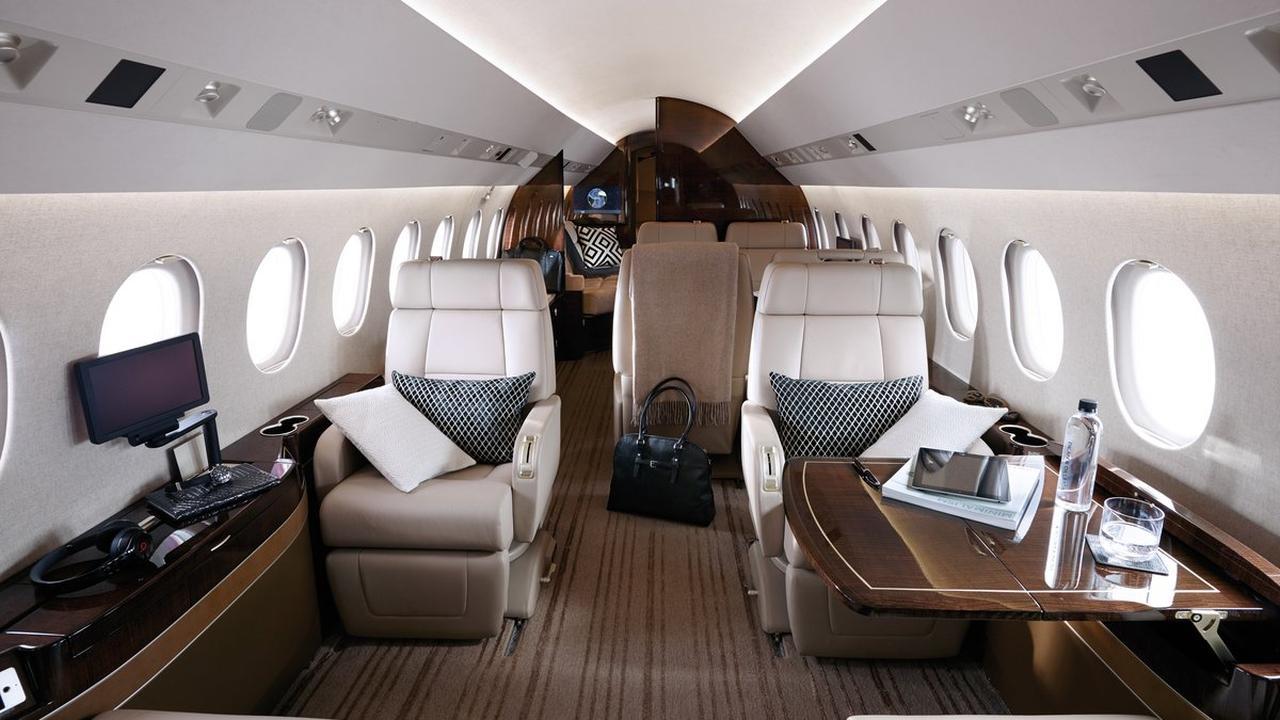 The Dassault Falcon 900LX is a French business jet, an executive jet with three rear-mounted engines. Falcon 900LX is a graceful laconic aircraft. The main feature of this administrative model is the provision of a third central S-engine. Renting a Dassault Falcon 900LX for flights lasting 8-9 hours offers a number of advantages. Based on the well-known Falcon 900EX model, the Falcon 900LX is equipped with a later version of the "Enhanced Avionics System" (EASy) avionics. The design of the comfortable cabin is thought out taking into account the long flight duration. Ergonomic placement of upholstered furniture-transformer provides a comfortable flight for 8 passengers. The salon is also equipped with modern technical equipment and communication facilities. A famous feature of the Falcon series aircraft are the enlarged windows. You can order Dassault Falcon 900LX not only in shipping companies, but also using the Internet and even a telephone. Luxurious salon. Spacious and comfortable. 5-6 berths for a night flight. Falcon 900LX flies non-stop from New York to Moscow. The Falcon 900EX and LX take 750 kg more fuel than their Falcon 900 cousins. Thus, there is 3175 kg of fuel for each engine and on most flights there is no need to pump fuel for balancing. From the wing tanks, fuel is supplied to the right and left engines, and the central engine and APU are powered from the tanks located in the center section and the rear of the fuselage. Cabin dimensions: 235 cm wide x 10 m long x 190 cm high.The cross-section is 13 cm wider than the G450 / G500 / G550 and about as narrow as the Bombardier Challenger 605 or Global 5000 / XRS ... Interior finishes can be standard or customized. In the standard version, the length of the main section is 7 m, its volume is 28m3. It is divided into three zones and is designed to accommodate up to 12 passengers. In the front area there are four half-meter-wide chairs, located in pairs towards each other. Each is equipped with a folding work desk. In the central zone on the port side, there is a club section of four chairs around a table 116 x 70 cm. On the starboard side, the club section is completed by a low chest of drawers with several compartments. In the rear part of the cabin there is a three-seater sofa (converting into a full-fledged sleeping place) and an armchair with a work table. The salon is entered through a 172 x 80 cm door equipped with an air ladder. Owners of older models of the Falcon 900 family say that it is better to close the door in flight with an acoustic curtain, since it is a very noticeable noise source. On the starboard side, around the seventh of a dozen portholes, there is an emergency exit door. At the entrance, in a small lobby, there is a kitchen compartment, a wardrobe and two cabinets for storing the crew's belongings. The galley is equipped with a coffee maker, oven, ice containers, sink with hot and cold water. On the port side there is a small office with an entertainment system, as well as a microwave oven and all kinds of storage units for everything and everything - from provisions to glasses. The dressing room is at the rear of the cabin. There is no vacuum cleaning system. Cold and hot water is supplied to the kitchen and toilet from the same reservoir, which is refilled through an opening inside the aircraft. You can drain the water supply from the outside to protect it from freezing.
There is a 3.6 m3 luggage compartment behind the washroom. It is pressurized so that it can be accessed during flight up to 41,000 feet. The compartment is also equipped with an air ladder to facilitate the loading and unloading of baggage on the ground.

The Falcon 900LX's price has increased in proportion to its capabilities. Now it goes off scale for $ 42 million, which is almost 4 million more than the price of its main competitor, the G450. It turns out that by some 350 thousand dollars it falls short of the G500, which is incomparable in terms of cabin size, speed and range. And between the Falcon 900LX and the Bombardier Global 5000, the price difference is only 6%.

You can order and rent a business jet (Falcon 900EX and LX) Falcon 900 at a favorable price in our company. We work around the clock.

The Dassault Falcon 900LX is a French business jet. The main feature of this administrative model is the provision of a third central S-engine.