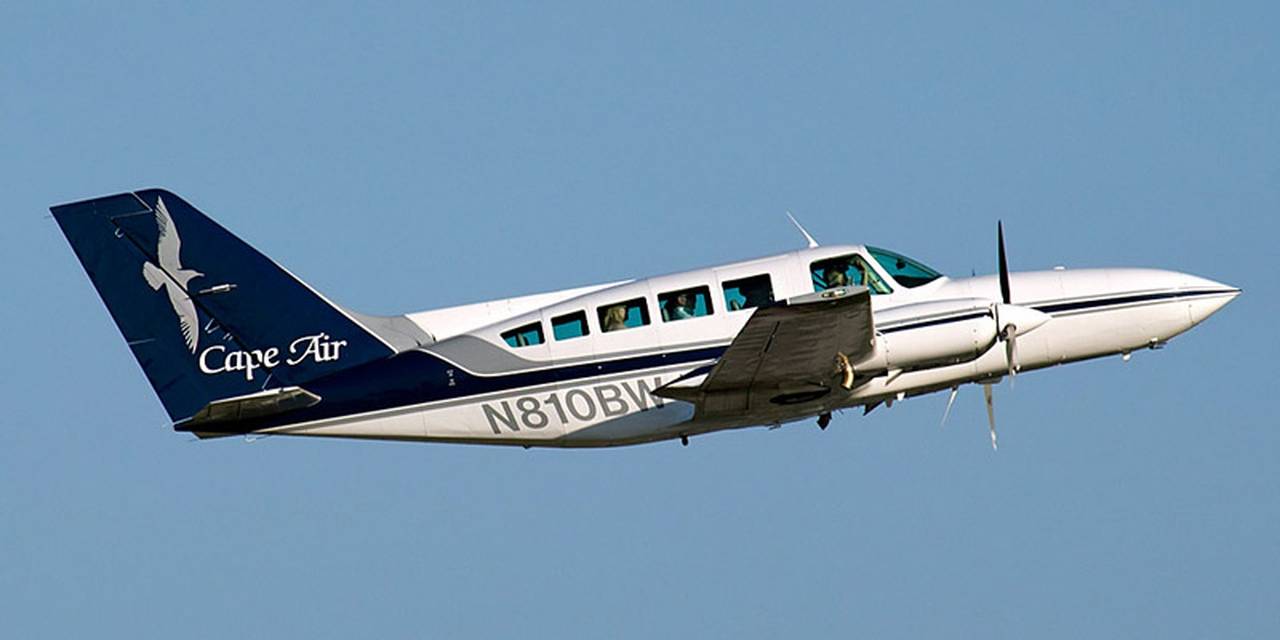 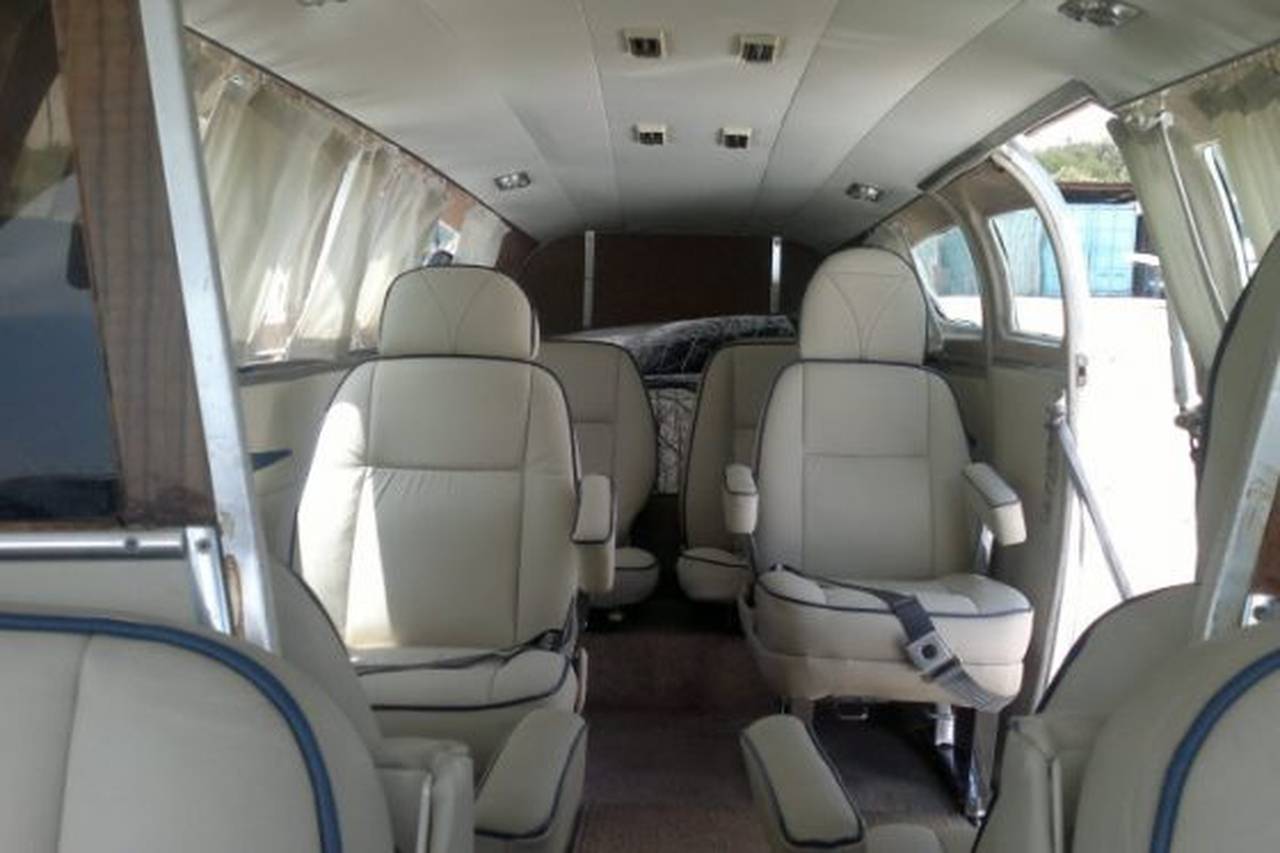 The Cessna 401 and 402 are a series of 6 to 10 light aircraft with two piston engines. This line was produced by Cessna from 1966 to 1985 under the Utiliner and Businessliner brands. All seats are easily removable, so the plane can be used as a cargo plane. The development of the Cessna 401 and 402 was the development of the Cessna 411. All 401 and 402 are powered by 300 hp Continental turbocharged engines. (224 kW) with three-blade fixed speed propellers with full feathering. On later models, cruising power was limited to 75% to reduce cabin noise. Some aircraft have propeller synchrophasor to reduce cockpit noise and vibration. The Cessna 401s, 402s, 402As and some 402Bs built from 1966 to 1971 had four small oval windows that gave the aircraft an appearance similar to the sealed Cessna 340. In the middle of production of the Cessna 402B, the window configuration was changed. to the more distinctive five rectangular windows, which were retained in the 402C until production ended in 1987. All 402Bs were fitted with tank tips. In 1969, American Jet Industries began work on the conversion of the Cessna 402 turboprop aircraft, dubbed the Turbo Star 402, using Allison 250-B17 engines. The prototype took off on June 10, 1970. Further modifications to increase the fuel tank, higher gross weight and lower minimum steering speed were made in 1974 and the modification was recertified. Scenic Airlines of Las Vegas acquired the design rights in 1977. The Cessna 402C can be equipped with vortex generators to increase the maximum allowable takeoff weight to 7,210 lb (3,270 kg) with an empty weight of 6,750 lb (3,062 kg). Another modification, the 402C, increases the maximum landing weight to 7,200 lb (3,266 kg), allowing commercial operators to fly with increased payloads on shorter routes. The civilian Cessna 402 has proven its high reliability over the years, which, along with its range and passenger capacity, has made it a popular choice for many small regional airlines around the world. Airplanes typically fly short, thin routes to hubs where passengers can connect to higher-density routes.