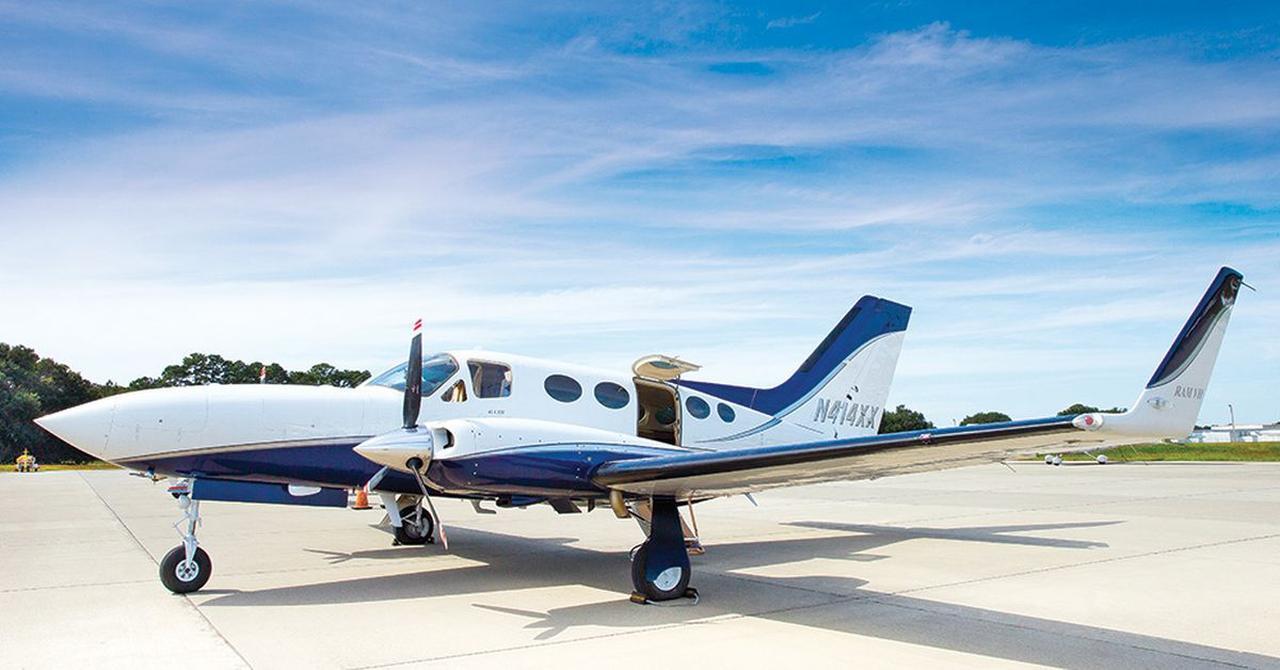 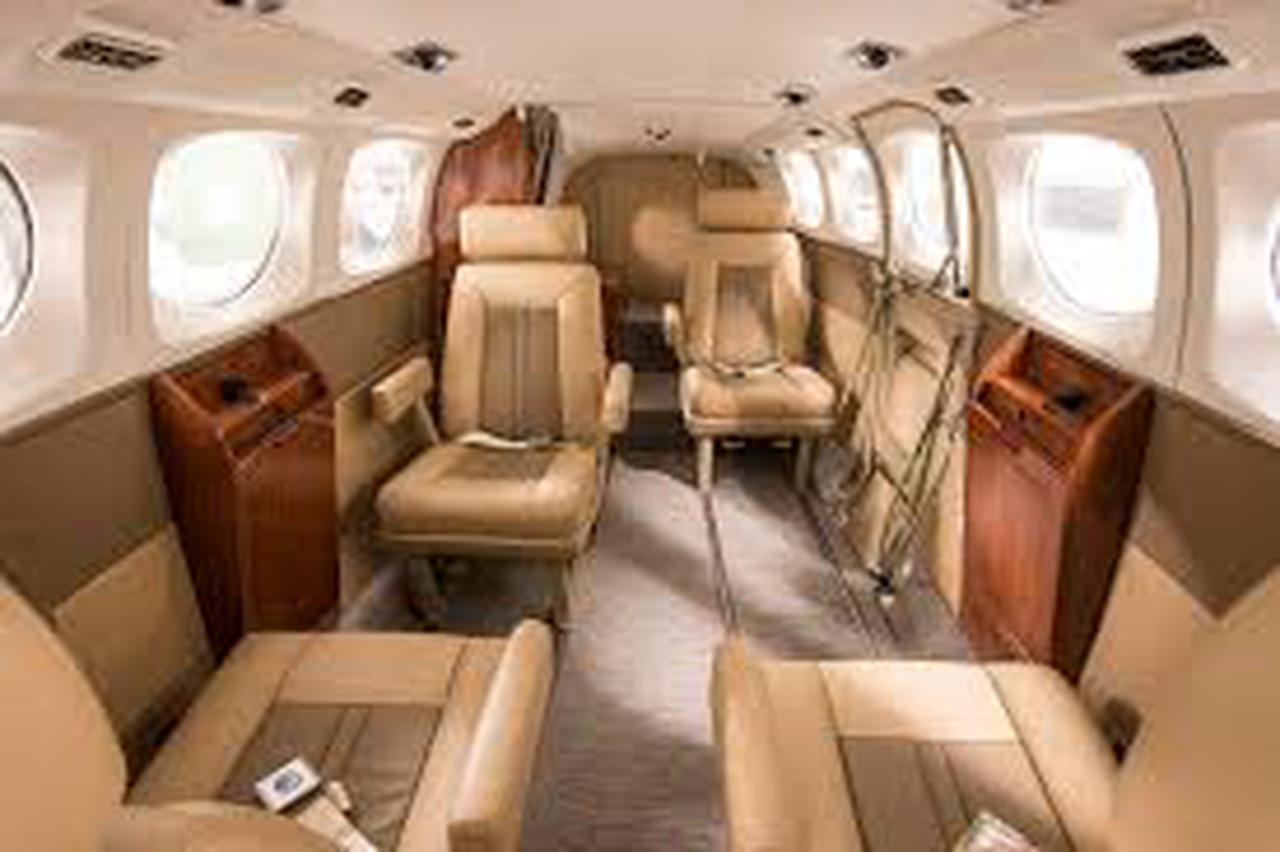 The Cessna 414 Chancellor is the ideal private jet for short haul flights.

The pressurized 414 was developed to appeal to owners of un-pressurized twin-engined aircraft and was based on the fuselage of the Cessna 421 and used the wing design of the Cessna 401. The 414 is a low-wing cantilever monoplane with a conventional tail unit and a retractable tricycle landing gear. It is powered by two wing-mounted 310 hp (231 kW) Continental TSIO-520-J horizontally-opposed six cylinder engines. The name Chancellor was used for models marketed from 1976. An improved variant the Cessna 414A Chancellor was introduced in 1978 with the major change being a re-designed and increased-span wing with integral fuel tanks and an extended nose to give more baggage space.

The fuel system consists of two main tanks, two fuel selectors, emergency crossfeed shutoff valves and necessary components to complete the system. The main tanks are an integral portion of the sealed wet wing. Auxiliary fuel pumps are located outside of the tanks. A fuel flow gauge, fuel quantity gauge and a fuel low level warning light is located in the cockpit.

Powered by two six-cylinder engines, the Cessna 414 Chancellor (expanded to the Cessna 414A Chancellor) combines flexibility and economy. Six or even eight passenger seats are installed in the cabin, depending on the configuration. Production of the 414 Chancellor was discontinued in 1985. However, to this day, this aircraft is one of the most popular private jets for short-haul flights.

The airplane is powered by two horizontally opposed, six cylinder, direct drive, turbocharged, air cooled, fuel injected engines. The engines are Continental Model TSIO-520-NBs and are rated at 310 horsepower each. Whether you are traveling alone or in a small group, the Cessna 414 Chancellor is the ideal private jet for short haul flights 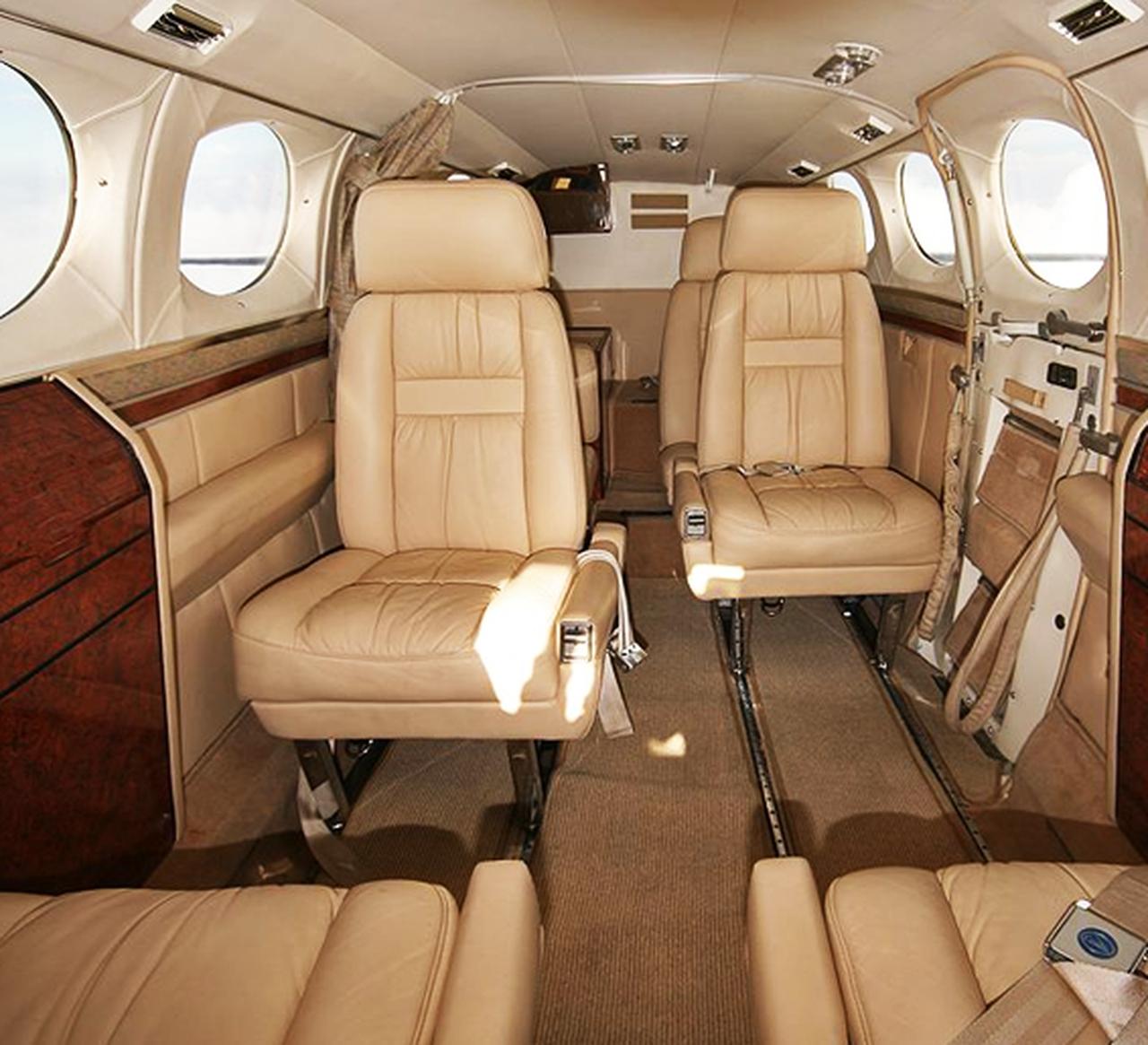