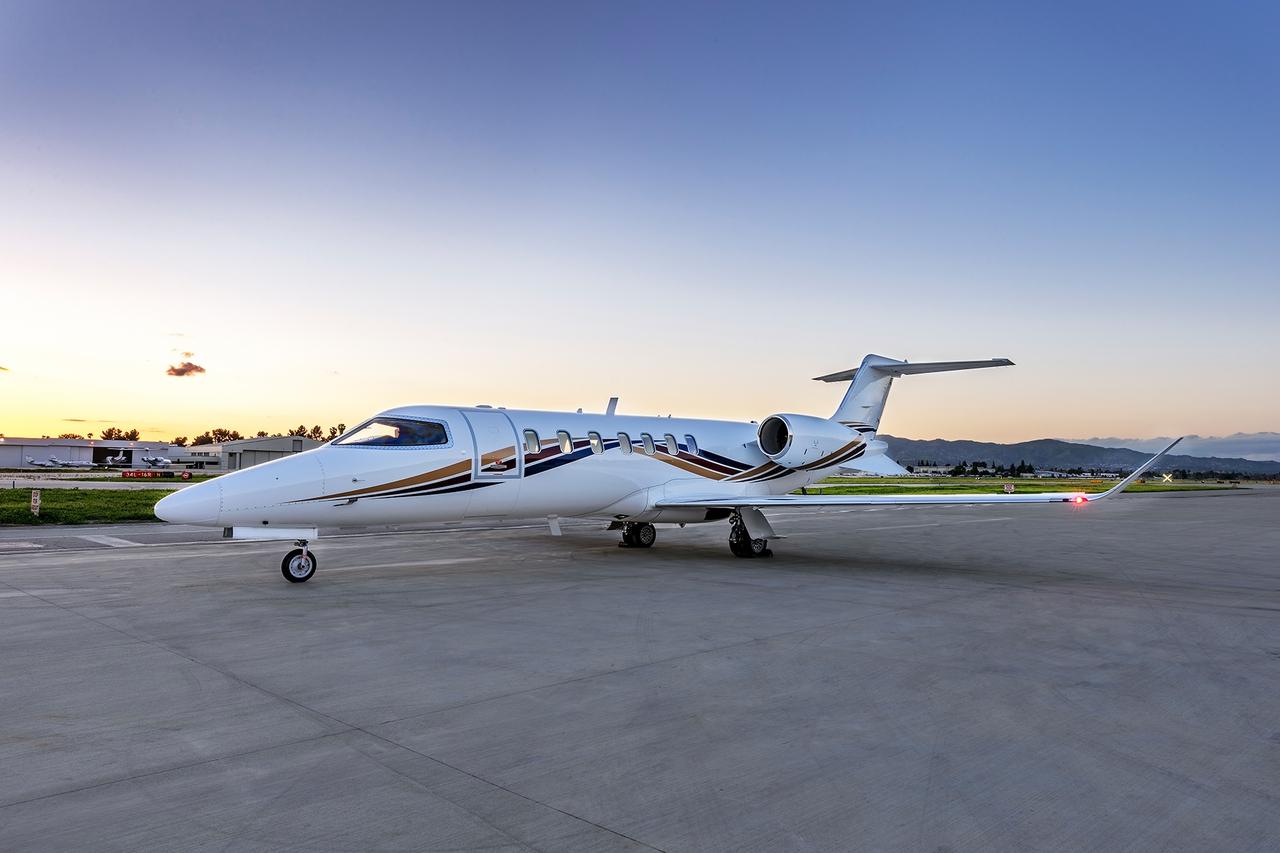 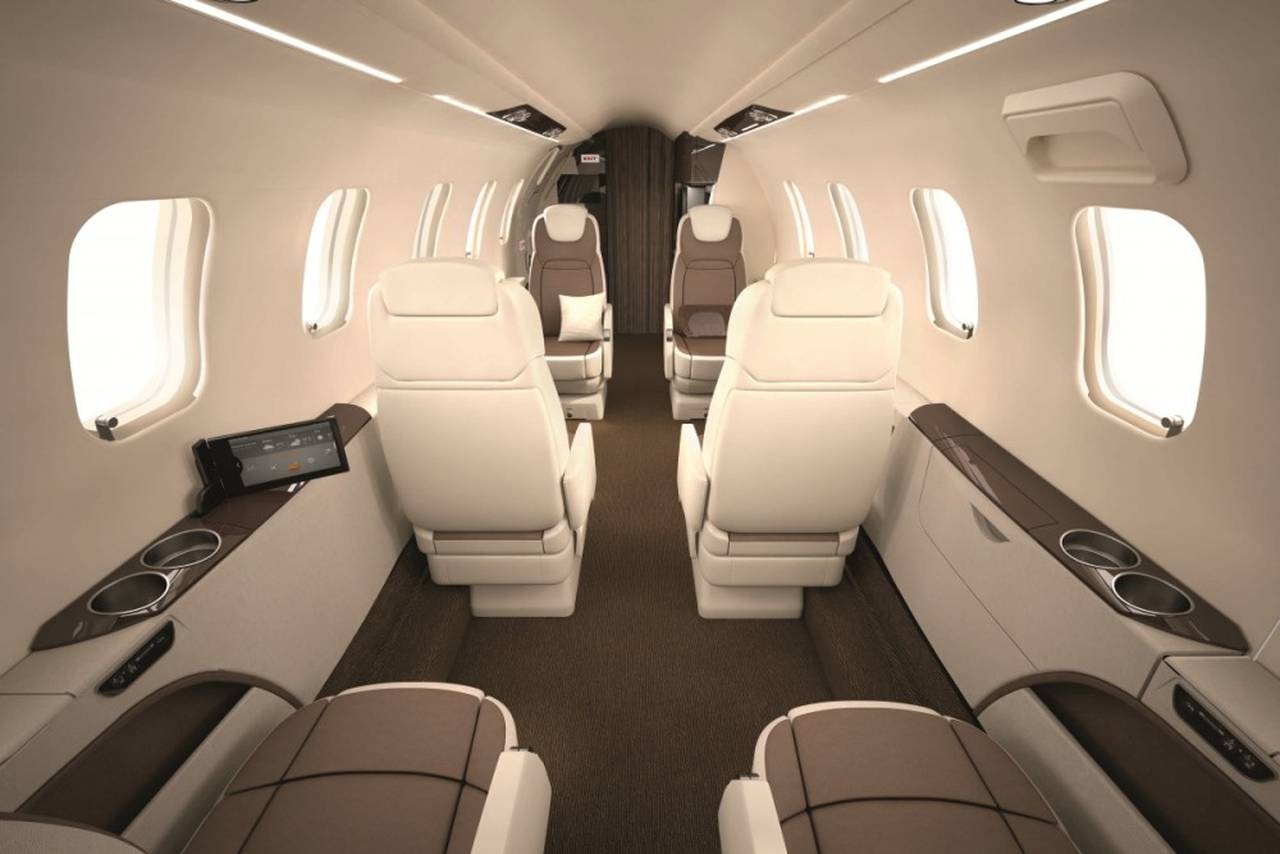 Learjet 70 is one of the most popular business jets today. by Bombardier

The new Honeywell TFE731-40BR engines have increased takeoff power by 10% (compared to the Learjet 40). With these engines and new canted winglets on the wing, the premium Learjet 70 aircraft reaches cruising altitude faster. Engines should use 4% less fuel and be more durable: they are equipped with improved turbines, innovative use of ceramic coatings has been introduced on critical components: air ducts and turbine shroud.
The take-off and landing distance has decreased by 12% and is: 1,353 m - take-off, 811 m - landing, and the maximum speed has also increased to 860 km / h and the maximum flight range has increased by 4% and is 3,815 km.
Pilots of these business jets will benefit and enjoy the new Bombardier flight deck, which is equipped with Garmin G5000 sensor avionics, Bombardier Vision synthetic technology (three 14 "touchscreens) and the new GWX 70 weather radar.
The Learjet 70 charter aircraft is equipped with a set of equipment necessary today, including the Honeywell RE100, FMS, SVS and electronic charts.

The updated passenger compartment of the Learjet 70 has 30% more passenger space. This is achieved by modernizing the washroom and kitchen. The seats have received a new modern shape, have become much more comfortable and are upholstered in two-tone genuine leather. They are equipped with swivel mechanisms, as well as extendable and, if desired, the armrest can be removed. The 4 seats in the main compartment can be tilted back to create more space.
Compared to their predecessors, the Learjet 70 has a wider range of interior trim materials (leather, wood and other noble trim materials).
A new in-cabin audio management system and a Lufthansa Nice HD infotainment system are installed on board to produce a uniform sound throughout the passenger cabin, regardless of the ambient noise generated by the aircraft movement.
The Lufthansa Nice HD system is very compact (the number and size of control units has been reduced), there are 7 ”HD monitors for each passenger and 12” - in the front and rear of the cabin.
Satellite Internet with Wi-Fi module works on board, which provides access to the Internet even in flight. This network, as well as other functions of the passenger compartment, can be controlled from your smartphone or tablet by downloading a special application.
The multimedia system with Blu-ray player will keep passengers from getting bored during the flight and can be used as a server for downloading videos, maps and other files. Another feature is the ability to play two files simultaneously in HD quality. The system has a beautiful user-friendly interface and is easy to customize. It is possible to observe the course of the flight on the monitor map.

The kitchen part of the cabin provides much more space for storing food, some items and supplies. There is also an additional space for a flight attendant - a reclining seat is located at the door. The toilet was also redesigned with a modern look and improved functionality.