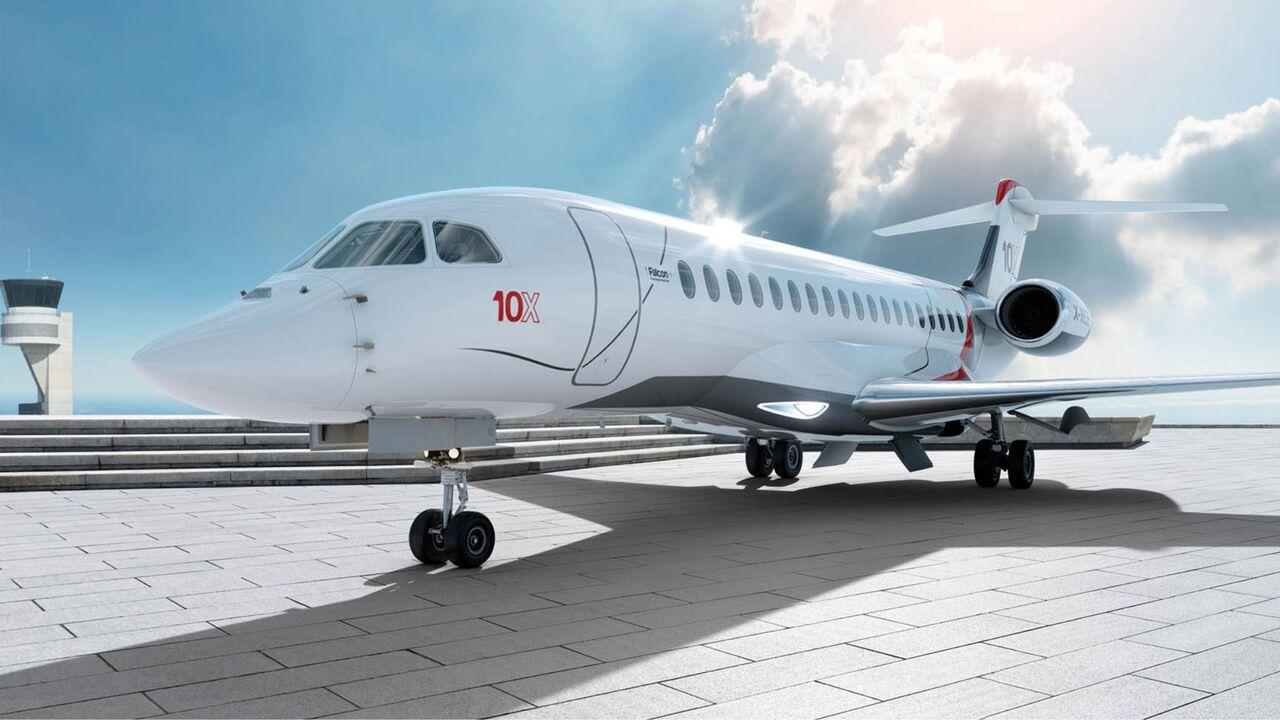 Therefore, given that these are the two newest, most expensive and most technologically advanced aircraft, is it possible to oppose each other? And, ultimately, which plane is better?

The Dassault Falcon 10X is powered by two Rolls-Royce Pearl engines. Unfortunately, the aggregate indicators of shock thrust are not yet available. However, we can estimate the total thrust yield to be around 36,000 pounds.

I wonder if it can then be assumed that the era of the three-engine airplane is coming to an end. For example, another newest aircraft from Dassault is the Falcon 6X. This model also only has two engines.

Dassault concludes that three engines are no longer needed? Will the 900LX, 7X and 8X be the latest three-engine aircraft?

When it comes to top speed, these planes are equal. Both aircraft are capable of flying at speeds up to 516 knots or 0.925 Mach. For reference, Mach 1 is the speed of sound.

Consequently, these airspeed figures place both aircraft in this position in the ranking of the fastest business jets in the industry. Naturally, as you would expect from these aircraft, both are capable of flying up to 51,000 feet.

But the G700 has an average fuel consumption of 382 gallons per hour (GPH). This is the average for an aircraft of this size.

In terms of flight range, these two aircraft are comparable. Both aircraft have a maximum range of 7,500 nautical miles.

This factor puts both aircraft in the same rank as the G650ER Gulfstream.

In reality, there is only one business jet that can fly beyond these aircraft, and that is the Bombardier Global 7500. The Global 7500 has a range of 7,700 nautical miles.

Of course, as usual, these figures can be somewhat overestimated by the manufacturers themselves.

However, if we take these range figures at face value, then both aircraft are capable of non-stop flying between Los Angeles and Bangkok.

It is important to note at this stage that the Falcon 10X has been designed and built in accordance with the G700.

This can be seen from all the previous facts and figures of these aircraft. And as you'd expect, takeoff-landing performance is no different.

The 10X Dassault Falcon is said to have superb performance in minimum required swaths of less than 6,000 feet. By comparison, the G700 is 6,250 feet.

When it comes to minimum minimum landing strip lengths, both aircraft are equally equivalent. Both the Falcon 10X and the G700 have a minimum landing value of 2,500 feet.

However, please note that the Falcon 10X performance has yet to be put into practice. Therefore, the figures for the 10X model may change, most likely, be lower than stated.

In addition, the difference in take-off distance of 250 feet does not affect the operational performance of any aircraft.

The balance between these three dimensions is interesting enough. Of course, a longer cabin allows for more living areas such as kitchen, sleeping, work and relaxation.

However, a wider cabin allows for wider seats. This makes it possible to arrange more space for the passenger compartment. In addition, a wider saloon provides a wider aisle. This makes it easier to move around the cabin.

Ability to calculate the cost Flight

We operate flights all over the world. Even complex routes

Personal 24/7 manager and representative in Airport

The biggest aircraft database with all parameters