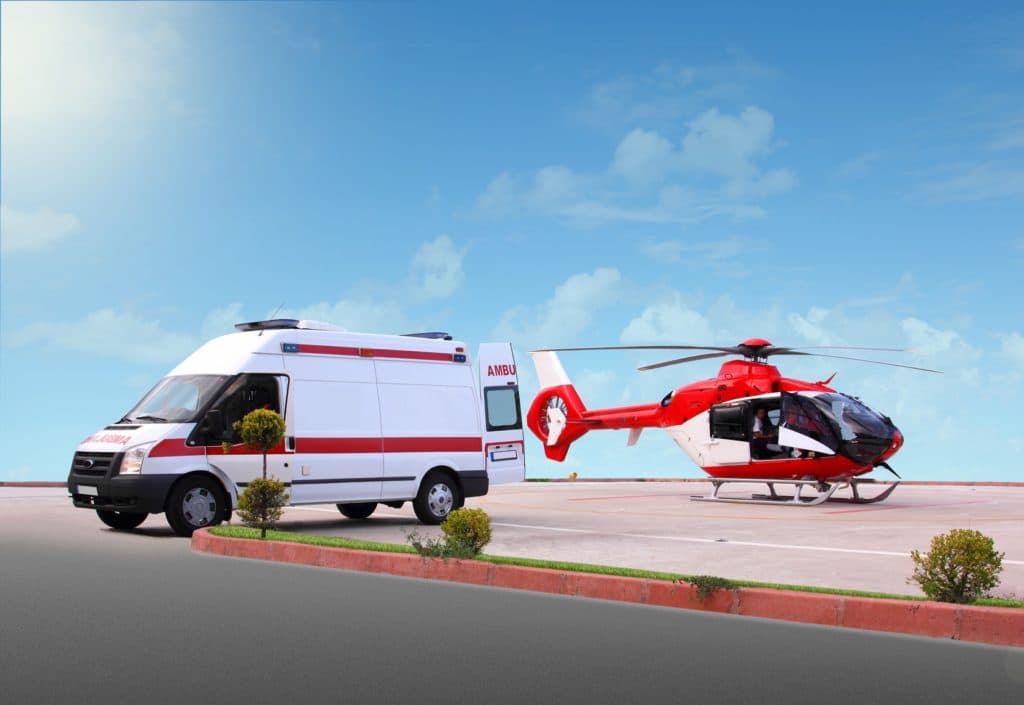 How much does Air Ambulance cost?

In an April survey of the global market for aviation ambulance services, Fortune Business Insights estimated its volume at the end of 2018 at $ 4.2 billion, with annual growth in the next six years at 4.71%, to $ 6 billion in 2026. The largest market segment is the American one, which accounts for about half of the demand. Market leaders specializing only in aviation medicine are American Acadian Companies, Air Medical Group Holdings, Air Methods, Swedish-Finnish-Norwegian Babcock Scandinavian Air Ambulance, Luxembourg-based European Air Ambulance, Swiss REVA Inc. There are quite a few business aviation companies that have ambulance units.

According to Maxim Manaenkov, director of business development for the Russian broker in the JETVIP air ambulance market, there is no professional assessment of this market in Russia, since such flights have very different customers. These are dozens of insurance companies, relatives, embassies, Russian companies with representative offices and offices outside of Russia. Moreover, none of them maintains centralized statistics and analytics. The only specialized company in the country is the Aviation Rescue Company of the Ministry of Emergency Situations (ASK MES). “If we are talking about seriously ill people who, for example, are connected to artificial lung ventilation devices who need oxygen cylinders, then only the Emergency Control Service of the Ministry of Emergency Situations has the right to fly abroad with such equipment, and even then not everywhere,” he says.

Manaenkov believes that "there is no ambulance in Russia" - 99% of all international medical flights ordered through JETVIP are carried out on aircraft of foreign operators. “It’s good that there is at least Weltall Avia and AK Kosmos, which cover the need for medical aviation in Russia,” he says. “According to my estimates, about 10-15 patients would need to be transported in Central Russia every month, but in reality they transport less because of funding problems, non-transportable condition, bureaucratic obstacles, and what happens in other regions is generally a mystery to me.” In Russia, companies eligible to perform medical evacuation can be counted on the fingers of one hand, agrees with the estimate of the size of the Russian air ambulance market Denis Menshikh, commercial director of Weltall-Avia Airlines, the first Russian airline to receive a certificate to perform flights to provide emergency medical care business aircraft.

How planes are equipped

According to Denis Menshikh, their company uses a Hawker 700 business jet in a medical configuration as an air ambulance. If there is an order, instead of two chairs, a medical module is installed in a business jet, something like a functional bed with transverse straps and removable stretchers. The module is connected to the on-board electrical system of the aircraft and allows you to “power up medical equipment with a voltage of 12.24.220 Volts”, that is, connect various equipment. The patient is accompanied by a medical team of two resuscitators working under a Weltall contract with one of the Russian clinics. The team takes medical equipment depending on the patient's diagnosis. In 2019, says Leshikh, the company completed 23 evacuations: 17 across Russia, the rest from Southeast Asia, from Montenegro and one to Italy. According to him, some aircraft manufacturers, for example, Swiss Pilatus Aircraft, produce custom-made aircraft with a pre-installed medical module.

How much could Navalny's flight cost

A flight hour on a Bombardier Challenger 604 business jet, on which Navalny was evacuated, without a medical module will cost € 5,000, says Aleksey Pavlov, commercial director of Capital Avia, which leases various types of aircraft, including business jets. The approximate flight time from Omsk to Berlin is five and a half hours, the cost of one night for the crew is about € 2000. According to Denis Menshikh from Weltall, together with the medical module, the flight could cost up to € 65,000. Navalny was transported on a plane with the tail number D-AFAD, which is based at Nuremberg airport. It was from there that the plane flew to Omsk. According to Manaenkov from JETVIP, if the flight was on the route Nuremberg - Omsk - Berlin - Nuremberg, then the estimated cost of such a flight is from € 80,000.

On the evening of September 11, 2018, Pussy Riot member and Mediazona publisher Pyotr Verzilov felt that he was ill. He suddenly felt a deterioration in his vision, his speech and movements began to change, then convulsions and delirium began. An ambulance took him to the toxic intensive care unit. Later, Verzilov was transferred to the intensive care unit of the N.N. Sklifosofsky. After some time his condition improved, but delirium persisted and hallucinations continued. He constantly fell asleep from fatigue.

Four days later, at the suggestion of a friend of Verzilov's father, a doctor in one of the Berlin clinics,

Ability to calculate the cost Flight

We operate flights all over the world. Even complex routes

Personal 24/7 manager and representative in Airport

The biggest aircraft database with all parameters