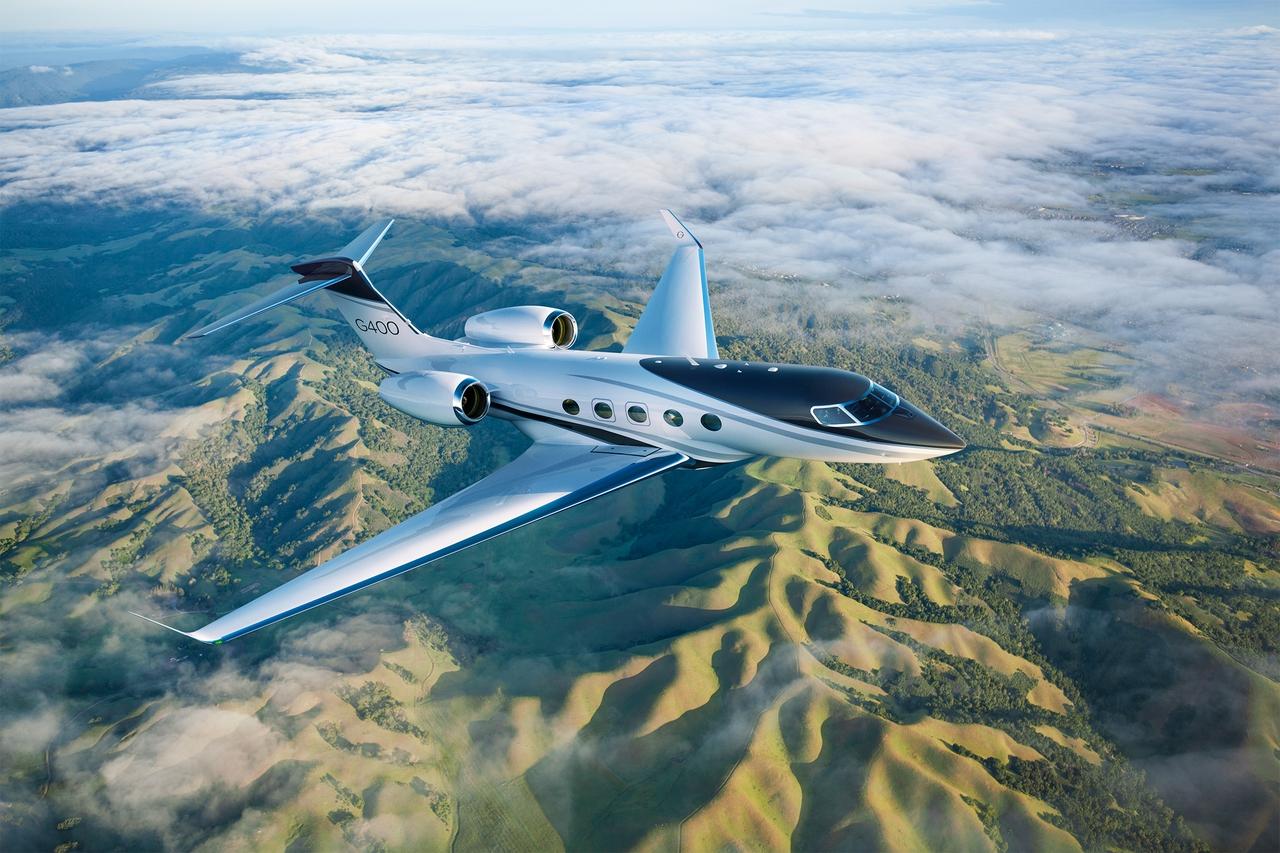 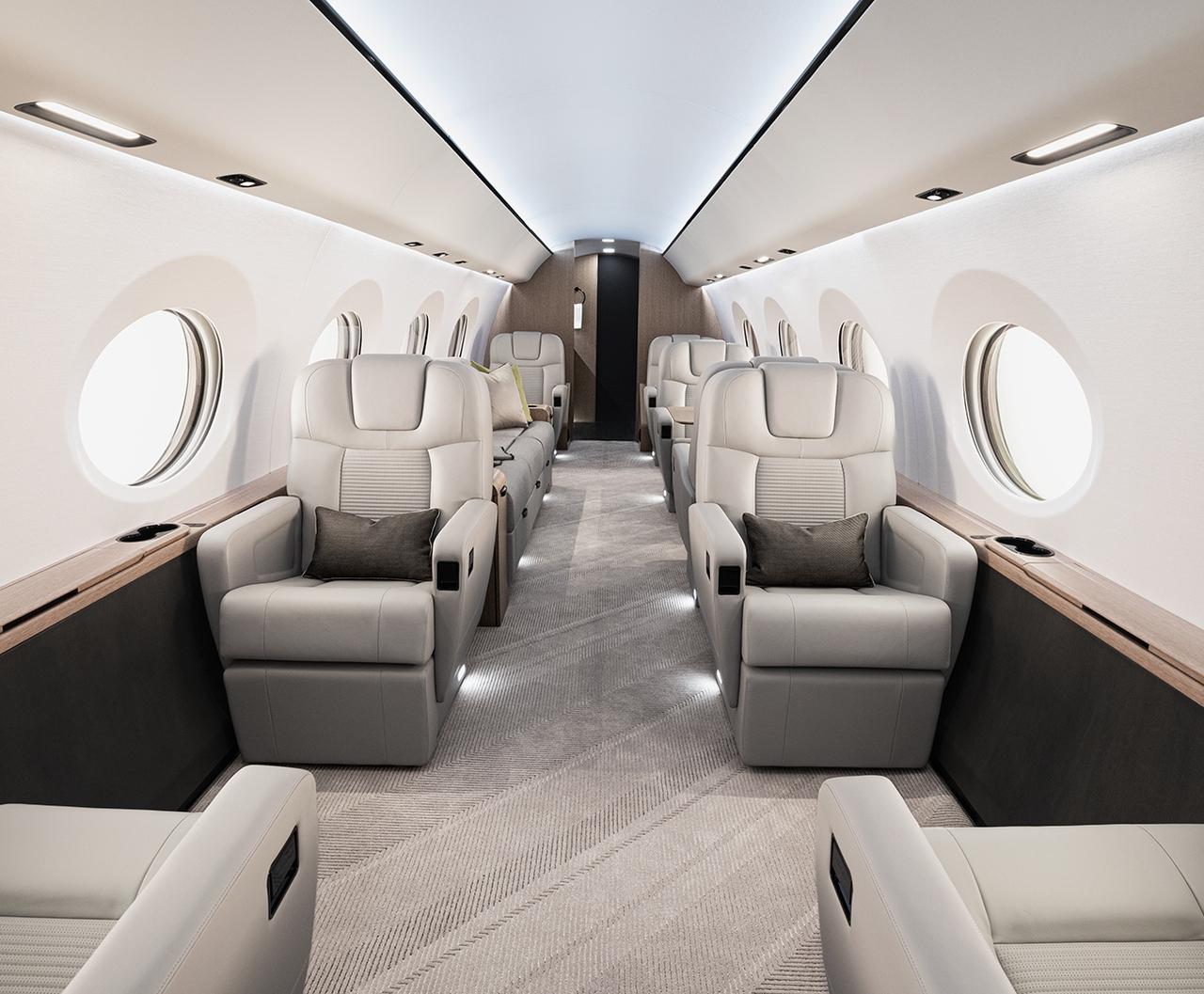 Discover a breakthrough formula for 21st-century business success. Reaching a maximum range of 4,200 nm/7,778 km1 at Mach 0.85 cruise, the G400 delivers you to farther destinations, faster. Travel nonstop from Geneva to New York, or São Paulo to Miami, while accruing significant time savings through the year.

A perfect blend of efficiency and comfort, the G400 offers a strategically sized, well-appointed interior to smooth your journey. Optimal floorplans provide up to 2.5 living areas, so you have flexible space for meetings, focused work and relaxation. Thrive in an environment of 100% fresh air—replenished every two minutes—and the lowest cabin altitude in its class.

Slotted between the super-midsize G280 and the larger G500/G600, the G400, powered by twin Pratt & Whitney PW812GA turbofans, will fly to a maximum range of 4,200 nm at Mach 0.85 with eight passengers, three crew and NBAA instrument flight rules (IFR) fuel reserves. The base price of the new jet, slated to enter service in 2025, will be $34.5 million, plus options.

“We have been working on it for quite some time; we’ll start building the very first airplane at the beginning of next year,” Gulfstream Aerospace President Mark Burns says. “In business aviation in particular, it’s important that you keep your vision close to the vest. When we started working on G500 and 600 [before announcing them in 2014], it was actually a three-airplane program—we were working on G400, G500 and G600.”

Gulfstream describes the G400 as an entry-level large-cabin jet. It will come with some of the same attributes of the PW800-powered G500/G600 large-cabin jets introduced in 2018-19 as well as elements of the new G700, including Gulfstream’s Honeywell-based Symmetry flight deck with sidestick controllers and touch screen displays.

As with the Rolls Royce-powered G700, which is undergoing certification flight testing for planned entry into service next year, the G400 flight deck will be equipped with dual head-up displays capable of presenting combined synthetic and enhanced vision.

The G400 takes over from the 4,070-nm range G450, which Gulfstream stopped producing in 2017-18 to launch the G500. “That large-cabin, entry-level point has long been kind of abandoned by most of the marketplace,”  Burns says. “We’ve looked at that for quite some time. We believed we could build an airplane to fit in that market.”

The new-generation jet “will take advantage of everything we have learned on the 500 and 600, to be able to apply it back to efficiently build this airplane,” Burns addd. “We think the price point is right. We think the performance is even a little better than maybe the market demands at that point. We set out to build a 4,000-mi. airplane—it’s a little better than we anticipated.”

The Symmetry flight deck and the embedded Data Concentration Network Gulfstream introduced on the G500/G600 will be common features across the G400-through-G800 generation of jets. Developed by GE Aviation from the core computing system on the Boeing 787, the Data Concentration Network hosts avionics and other systems using multiple communications protocols on an ARINC 664-standard Ethernet backbone. The network can be updated or reconfigured using software rather than installing new hardware and wiring.

What is maximum Baggage capacity in G400 NEW ?