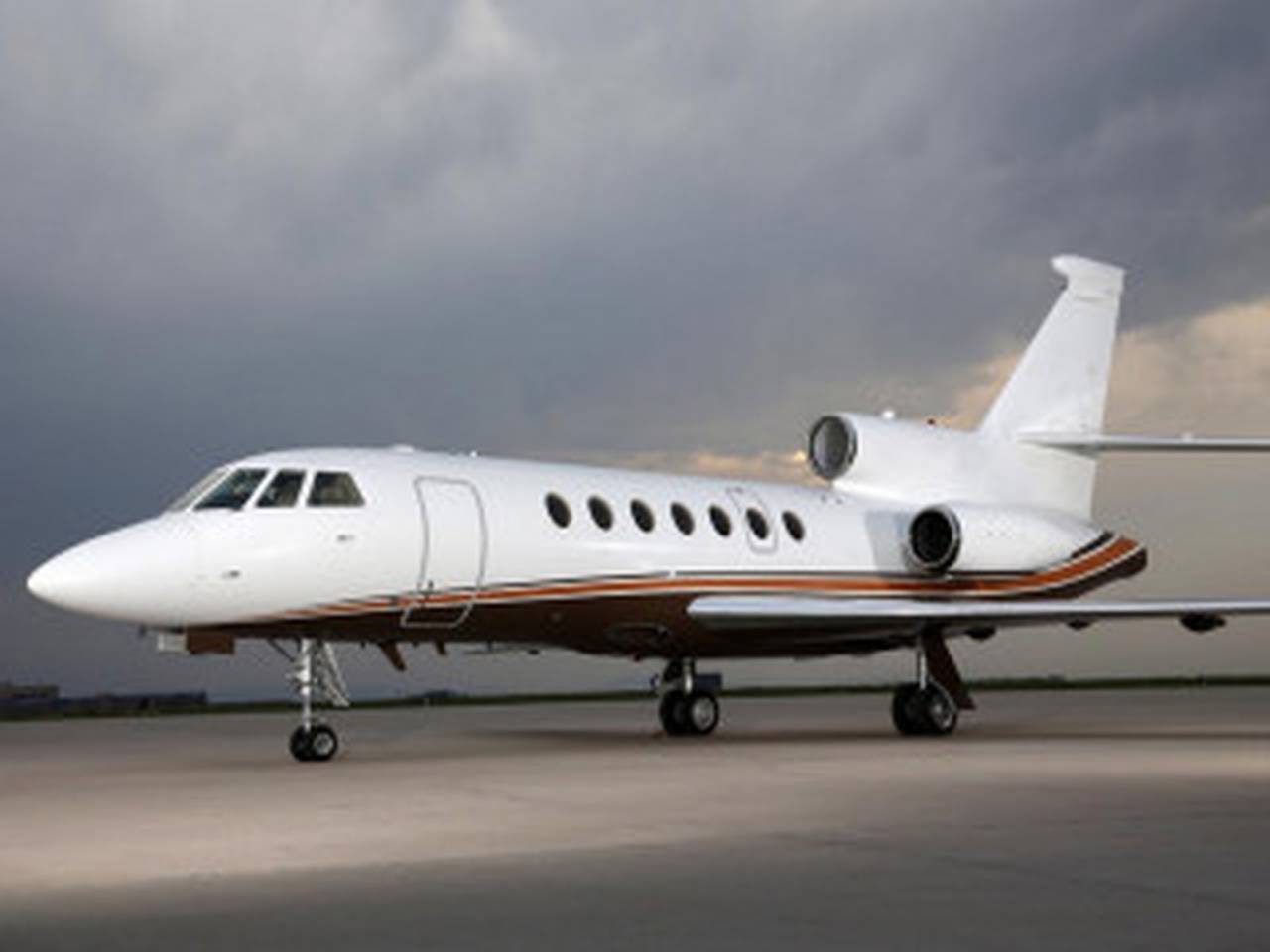 The Falcon 50EX is a "super-mid-range"  administrative long-range jet developed by the French firm Dassault Aviation.

The Falcon 50 EX has completely replaced the regular Falcon 50 in production since 1997 when the first aircraft was delivered to the customer. The predecessor worked hard and established himself as a reliable and popular model. Indeed, in the early 1970s, Dassault began developing a new Falcon 50 business jet, the base for which was the Falcon 20 business jet, but unlike the base, the new aircraft had to be larger, more versatile and able to cross the Atlantic Ocean. The new wing of the Falcon 50 EX became so successful that it only migrated to the Falcon 900 and Falcon 2000 models with only minimal modifications. As a result, the Falcon 50EX completely replaced the regular Falcon 50 in production. The new aircraft received a new Garrett TFE731-40 engine, which was better than its predecessor. The cabin was also upgraded and equipped with Rockwell Collins avionics Pro-Line 4 and CRT-EFIS displays. Due to the popularity of the Falcon 50 and 50 EX aircraft, Aviation Partners Inc. developed for them new winglets based on the winglets of models 900 and 2000.

The Dassault Falcon 50 is a three-engine low wing with an S-shaped channel for a third engine recessed into the rear of the fuselage. Garrett AiResearch Garret TEF731-3-1C engines (later Honeywell International). The cabin is 1.8 meters high, the cabin is 1.86 meters wide and the cabin is 7.16 meters long. The cabin can accommodate up to 8-9 passengers.

The production of the model ended in January 2008.

You can buy, order or rent a private Falcon 50EX aircraft in our Jet VIP company. By phone or click on the button below.

Planes from the same category
Legacy 500