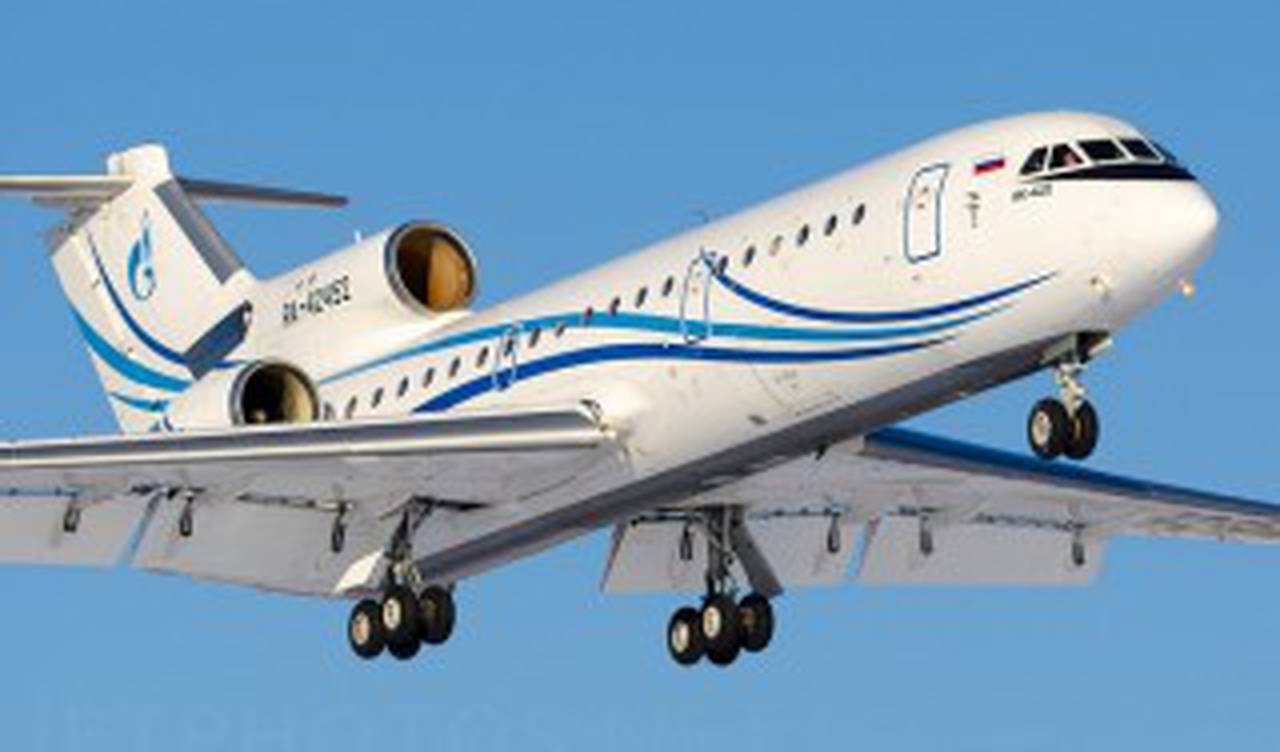 The Yak-42 medium-range three-engine aircraft, which replaced the outdated Tu134, was developed for commercial transportation. You can order the Yak-42 in many business aviation service bureaus in Europe. At one time, the Yak-42 set 9 world records and earned worldwide fame. In the development of the aircraft project, special attention was paid to the possibility of takeoff and landing at poorly prepared airfields, high fuel efficiency and an increase in cruising speed. The Yak-42 cabin is equipped according to the standard business aviation requirements. The economy class cabin can accommodate up to 120 passengers. Yak-42 rental is preferred by customers who value Soviet restraint in cabin design, flight reliability and durability in operation.

The cargo version shows the placement of 24 containers in three groups of 8 containers on 4 roller tracks, with the corresponding mooring; in the opening of the cargo door, a crane-beam telescopically extends, which makes it possible to lift loads from the ground to the floor level of the cargo compartment.

The Yak-42 aircraft is used for transporting passengers and cargo with a maximum payload of 14.5 tons. Cargo on the Yak-42 aircraft is located in eight containers in the front and rear cargo compartments. In the front cargo compartment there are six AK-0.7 containers, and two in the rear. The maximum dimensions of the cargo transported in the AK-0.7 container: 1.1x0.7x1.0 m. The appearance and overall dimensions of the container are given in the section "Freight and baggage containers".

If necessary, it is possible to transport bulky goods, the dimensions of which do not exceed those indicated in the tables. For this, the roller blind flooring in the cargo compartments is dismantled.